Most of you probably wont' understand this accomplishment, but I sewed my first successful box bag this weekend! 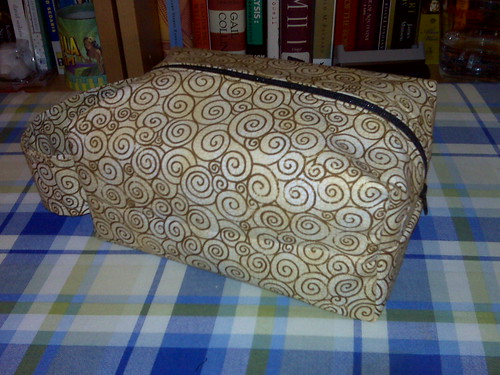 That edge isn't sewn all pinchy - its just how its fluffed out. Here's one of the ends - the handle end is actually straighter, but I'll take it. 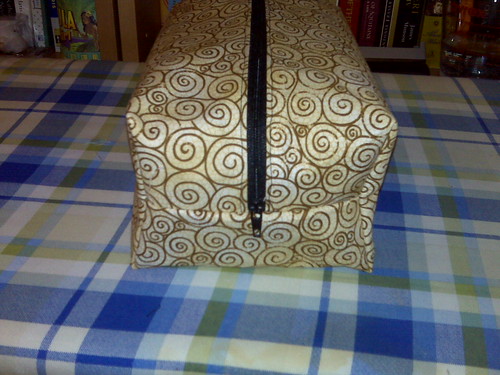 I started with the Dragon[knit]fly tutorial, but cut out the corners as described here. However, I managed to keep everything reasonably straight by marking the fabric as described on this blog.

Box bags require a LOT of attention to detail and keeping everything straight. You really can't fudge it. You can try, but you'll end up with something like this: 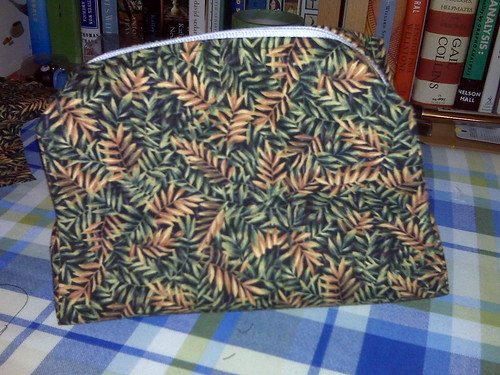 That was my first attempt a few weeks back.  Yes, I held the camera straight.  It was that uneven.   Plus, it was more of a triangle than a box.